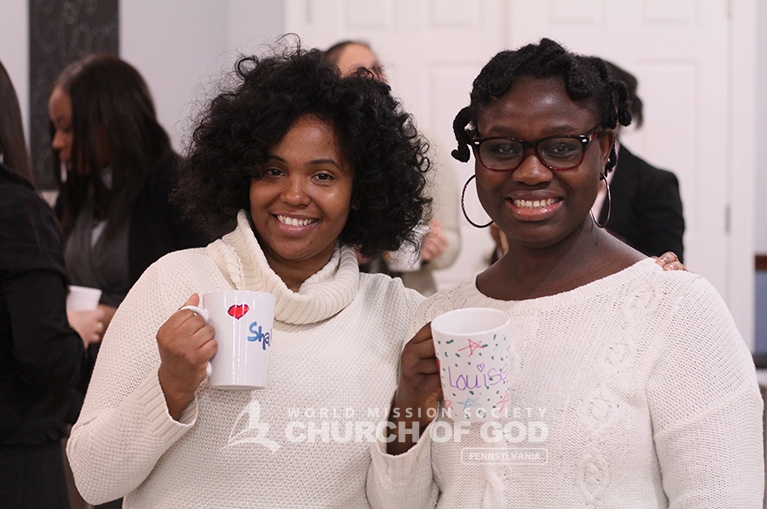 In January, the World Mission Society Church of God in Philadelphia held a hot cocoa social. Neighbors, co-workers and members of the community were all invited to join the heartwarming event. The event included rounds of ping-pong, customizing hot chocolate mugs, and snacking on s’mores and fruit kabobs.

The social began with guests creatively designing their own mugs. Soon after, they filled their mugs with hot chocolate, whipped cream and other toppings. There was a variety of hot cocoa flavors—French vanilla, caramel, blueberry and many more—which made it all the more difficult to have just one cup. 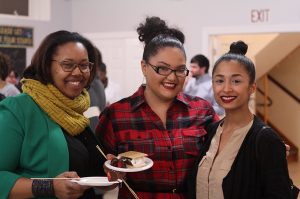 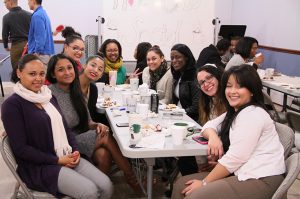 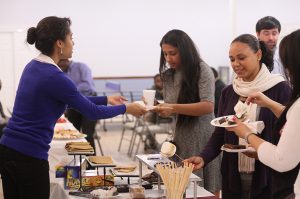 The s’mores-making station was a hit 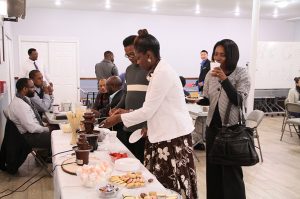 The relaxing sounds of background music played beneath laughter and chatter that filled the room. To the guests’ delight, there was also a do-it-yourself s’mores station, which gave them the pleasure of roasting jumbo marshmallows over an open fire. The s’mores station was a hit; everyone rushed back to make their own delicious and messy treats. Guests also enjoyed fruit kabobs smothered in chocolate.

Later that day, the hot cocoa social quickly turned into a ping-pong tournament. Guests were excited to play, whether they won or lost. All in all, it was an excitement-filled day at the Church of God. 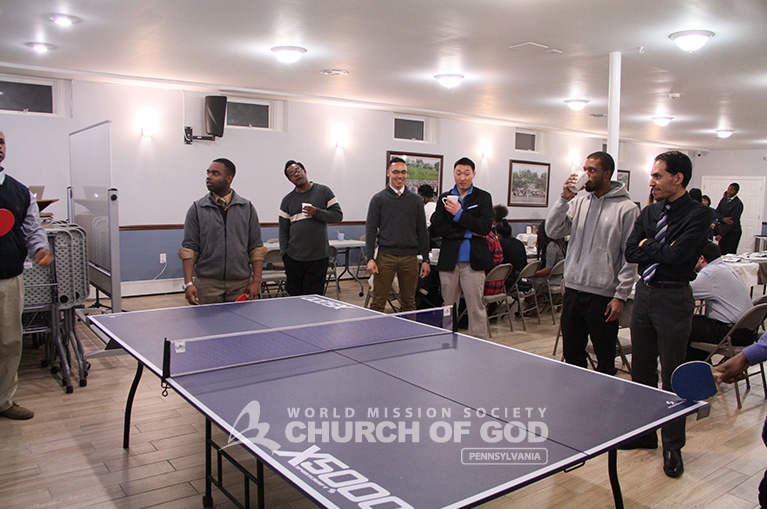 Members at the Church of God spectate a heated game of ping pong.