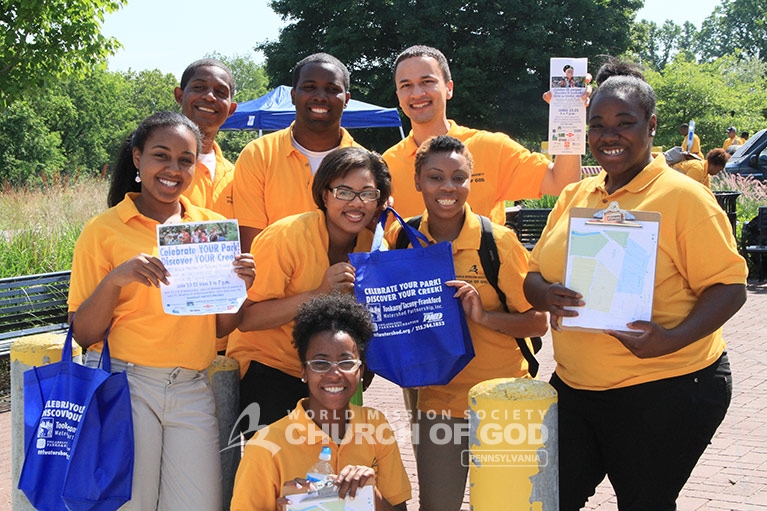 Volunteers from the local Philadelphia Church of God participated in the Tacony Creek Cleanup for a much-needed removal of litter and debris from the park and creek.

On June 13, 2015, the volunteers united with TTF Watershed, ready for any task that would help clean and beautify the park area. From soda cans to car tires, volunteers made sure not even the smallest piece of litter was left behind. Working diligently and in unity, they cleaned the park little by little in a short span of four hours.

Overjoyed by the sense of accomplishment, the volunteers then marched and cheered as they headed toward the Whitaker Avenue Bridge. The underpass of the bridge was the most polluted area of the creek. It was filled with diapers, pieces of old clothing, and even a beat-up shopping cart. Volunteers rolled up their sleeves without hesitation and began filling up garbage bags, forming an immense mountain of trash.

The day ended with an environmental tour led by the TTF Watershed coordinator. While strolling through the park, the volunteers learned how the water from the Tacony Creek eventually flows down into the Delaware River, one of Philadelphia’s main water sources. The members learned about the damage litter can cause to such a vital part of the American ecosystem.

The coordinator at TTF Watershed expressed her gratitude and sincere thanks to the volunteers for their inimitable aid. The Church of God volunteers hope that the community will understand the importance of keeping our creeks clean.