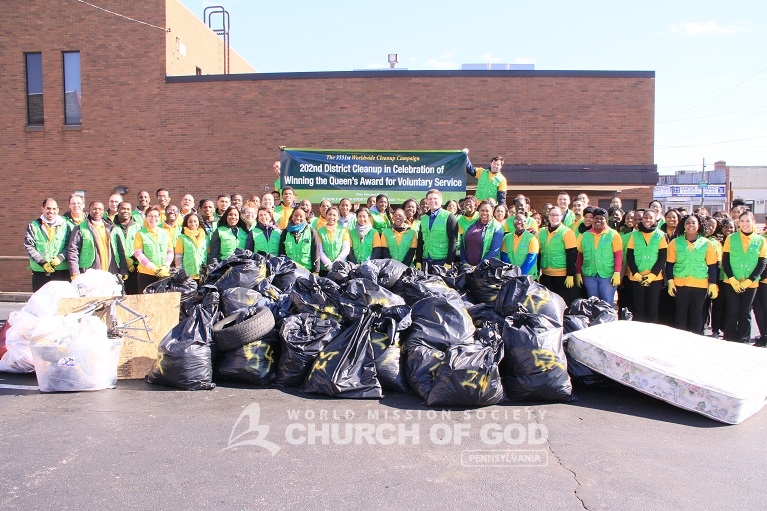 About 70 volunteers from the Church of God in Philadelphia joined in a united effort to serve the community and the city of Philadelphia. On February 26, 2017, they carried out a full force cleanup on Castor Avenue.

Environmental protection and public safety is always an urgent need in the large metropolitan city of Philadelphia. People frequently use public sidewalks and roadways in the city. Furthermore, with so many people passing through, it becomes difficult to manage the build-up of litter, which accumulates quickly. The volunteers of the World Mission Society Church of God found this to be a perfect opportunity to serve a real need. By taking the necessary steps with community leaders, they decided to make a lasting impact on the environmental health of the city. 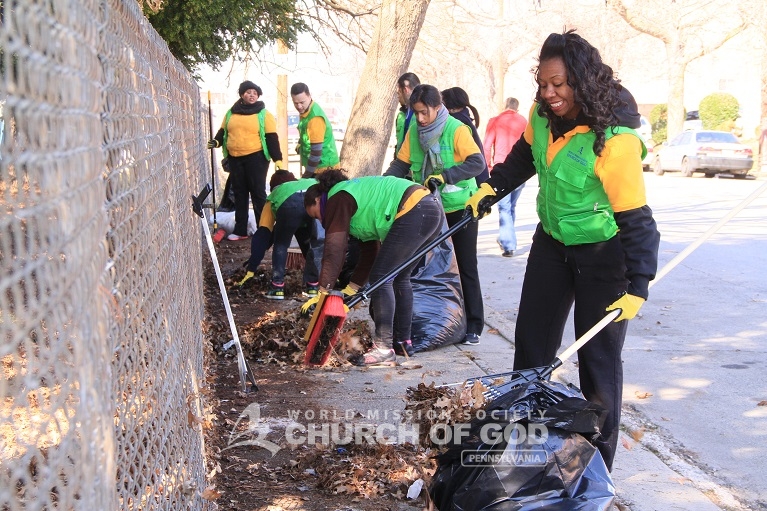 Volunteers from the Church of God cleaning up the sidewalks of the 202nd District of Philadelphia.

State Representative Jared Solomon of the 202nd District of Philadelphia joined the city cleanup effort. A handful of his staff members came as well. With gloves, garbage bags, trash pickers, and bright smiles, the volunteers flooded the streets with energy and determination.

Cleaning began in the public areas along the sidewalks and bus shelters. Next, volunteers picked up trash from storefronts and the front yards of day care centers. Additionally, multiple teams worked on various targeted areas that were teeming with hazardous waste. The volunteers worked together to remove loose trash, such as broken glass, metals, and many other dangerous materials. This was especially important as these materials could easily cause harm those who come into physical contact with them.

Several trash bags were filled throughout the duration of the cleanup. Later, they were carried off to be collected and disposed of by the city municipalities. About 1.5 tons or 3,000 pounds of trash had been removed from the streets in just 3 hours. Such a large-scale effort revitalized the image of Castor Avenue. In conclusion, volunteers were glad to be able to improve the public use of the area, and look forward to continuously promoting environmental safety in Philadelphia.